Gary Pope
Frankentoon
insight, creativity
10 mins
The Holy Grail of a gender neutral, pan-platform, trans-media and licensing friendly animation property is, let’s face it, a bit of a unicorn. We all get a bit excited that it could exist but the reality is, please be seated, it doesn’t. There is no formula. It’s a mercurial blend of animation, consumer insight, licensing, distribution, retail, broadcasting, marketing and planetary alignment with the moon’s second tide. Oh, and of course you have to get the creatives to play nicely in the first place. It’s just really bloody difficult to get right. But what if you could construct the perfect character? ​What if you could take the brilliance of a whole bunch of global favourites and blend them in an unearthly, stitched together concoction that when re-animated would be the perfect character ... what if you could create ... FRANKENTOON? Frankentoon has nine distinct features which make him into the perfect character, the first of which is ...

Let’s start with the very crown of this perfect abomination. Brand equity. If there were one character that has more equity than any other who would it be? No matter your nationality, gender, age or political leaning you know who Mickey Mouse is, where he’s from and what he represents. Since 1928 he’s been the biggest little character in the universe. Apart from Wicket the Ewok. If it’s equity to take on the world then Mickey’s your mouse.

Disidentification is a funny one. Its very nature is contrary and of course utterly human. We connect with some characters because actually, maybe, we shouldn't. Children need to explore the dark side of characters and our friend Anakin Skywalker is about as good a ‘bad’ example as it gets. Despite being from long, long ago and far, far away we’ve followed his journey from Vader to redemption. We empathise with the twisted hero inside the suit - because it could happen to anyone in those circumstances. In fact the pull of the dark side is so strong with this one that we have given him almost the entire head of Frankentoon.

Humour is intrinsically linked to language acquisition and cognitive development – children like funny because it’s important. With a very smart, coffee addicted talking dog and twin sisters that treat him as a lab rat, the conceit of Johnny Test is off to a good start in the funny stakes and this is why we gave him what’s left of Frankentoon’s head. Add some wonderfully layered scripting and we’ve got funny. Very funny. Especially if you’re a boy or a girl and you’re aged between 5 and 11.

There has to be something about a character that transcends a retail promotion and connects with us in a deeply emotional way if it is going to fly. Nurturing Identification – to experience the need to take care of a character or be taken care of by a character – is one of the most significant aspects of a child’s connection to it. So the heart of Frankentoon is provided by The Care Bears - and what’s not to love? It’s one big fury nurture fest. In 1981 they arrived and they’ve held a special place in our hearts for nearly 35 years.

Children perceive Netflix to be a TV Channel and think of the iPad as we might have done a colouring book. Any property that’s going to go the distance needs a strong foothold that enables it to straddle all platforms. No one does cross-platform like LEGO. No one can. The most physically experiential toy on the planet translates beautifully across all media by staying completely true to its values and positioning. Grown-Up brand management of very little (mini) people and that’s why putting our best foot forward, the right leg of Frankentoon is provided by LEGO. Well, Emmet to be precise.

Children need familiarity – but they don’t want it rammed down their neck. They want a familiarity that has a little edge to it. And although a goldfish and a cat aren’t usually found in the same school (let alone as adoptive brothers) the experiences in this amazing world are not uncommon to the children. Gumball and Darwin’s experiences are both familiar and unhinged - and therefore accessible and funny. And that’s why Gumball Watterson’s left leg is helping Frankentoon stand upright.

To access any story there needs to be something that reflects our own lives – and it can be anything. For pre-school it needs to be pretty obvious and it needs to allow mum and dad to access too. And this is how Peppa Pig’s imperious dominance of the pre-school market continues to grow. Quite simply she lives the life of ‘every’ family. Going to the park, making mistakes and playing with friends. We just thought it was funny to give Frankie a pig’s tail.

One of the keys to success at retail is creating the desire to emulate. Gender arguments aside (please, just for now) the Princess is the single most emulated character in the world... every little girl is daddy’s / grandpa’s princess at some point. And they love the adoration and success it brings. It defines a certain part of their psyche and whether this is right or wrong is not for here – fact is Frankentoon’s wearing half of Cinderella’s skirt because emulation is all part of growing up and we need role-models to aspire to.

Children make things up. It’s kind of natural. And as they get older they still make things up but it has a slightly more realistic tinge to it. But there is still a place for the fantastical. Adventure Time does the trick. The things Jake and Finn get up to have to be seen to be believed! Children suspend disbelief readily and need to - but you have to throw all semblance of normality out of the window when you tune into the land of Ooo. And they do and they like it. Everyone, even children, needs a little escapism.

So what does that mean for Frankentoon?

Maybe Frankentoon will never make it to an app, mobile website or be streamed via an SVOD service to a billion homes. But he does make a very important point. In the cluttered commercial landscape of children’s characters we can never be all things to all people. The best we can hope to do is to create rounded, fully formed characters that tell great stories and inspire children to believe in them. 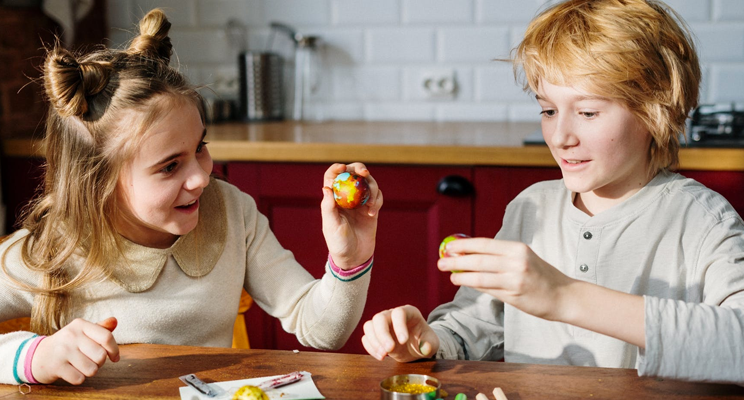