South Africa is at a Cross Roads. Or a Stop Street as they call it here!

In 1994 the country was on the brink of civil war - as it had been for a number of years. But in 1995 the Springboks won the Rugby World Cup and the Rainbow Nation was born. A simplification but true nonetheless.

The passing of Nelson Mandela opens a new chapter on the future of this country. 20 years on will it be capable of binding once again without a pending Rugby World Cup Final?

Children are the future

This is Laurence above, five, with his friend. Laurence is from Crystal Palace, a suburb overlooking the city of London from the nearside of Sydenham Hill.

Laurence’s friend is five too and is from a small township called 'The Location' that nestles on a beautiful hillside overlooking the Atlantic ocean about 60 miles around the coast from Cape Town, South Africa. It’s called 'The Location' because that’s where the black community was settled back in the day.

They played for so long and they played so well that I managed to read the paper. There was an article about the supposed conflict in the Mandela family over who should take control of the Mandela “brand”. Hmmmm!

I looked up, a little saddened, and Laurence and his friend were still playing. After 90 minutes it was time to go.

As we walked home I asked him what his friend’s name was. “Me and my friend don't speak the same language and I couldn't understand what he said his name was."

“But you need to know what your friend’s name is, Laurence.” I said.

“No, not really. As long as you play nicely it doesn’t matter what your names are or if you speak different languages. As long as you’re friends that’s all that really matters, Dad. 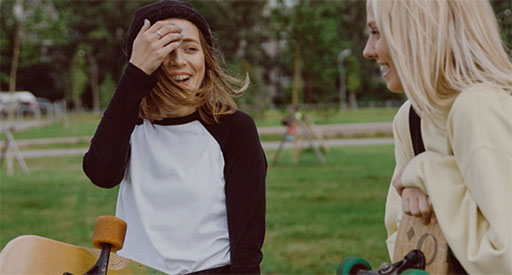 Is goth life the route to a good life for our young people?
Mary Brannan

Apex, Anthem and the Future of Narrative in Video Games
Matteo Spezialetti